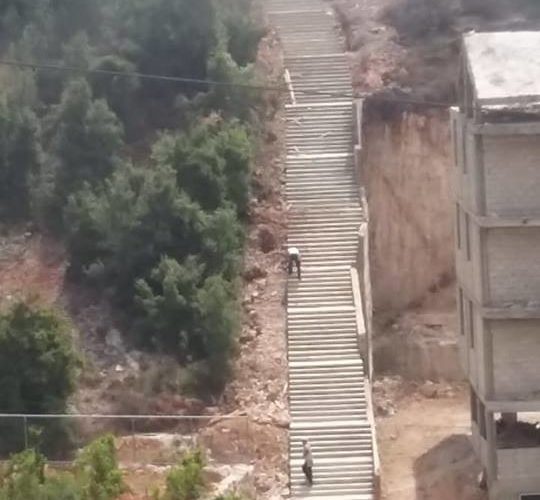 22-9-2018 : The municipality of Achkout  has completed the construction of a public staircase, made of reinforced concrete, connecting street No. 709 to street No. 711 known as Al Maoul in Beit Eid neighborhood. In that neighborhood, the stairs, which was carried out by Mr. Nassif Khoueiry, is 79m long and has a total of 164 steps which have width between 2.5m and 3m. That was based on the administrative decision No. 33/2018, and some of the offers related to hold a bid for the establishment of a general staircase of reinforced concrete in the Beit  Eid neighborhood linking the 709 and 711 streets along with the approval of the bidders’ committee on the offer submitted by Mr. Nassif Assad Al Khoueiry.